Are Your Students Bored?

Once I received a phone call from a student who had taken my “Yoga for Seniors” class. She had been teaching Senior Yoga for about two weeks and had run out of new postures to teach. She was calling to ask me what she should teach next.

It was interesting to me that after only two weeks she was looking for “new stuff.” I told her to teach the same postures again and again until the students were comfortable with them. I think she was surprised—and a bit relieved— as though she hadn’t really considered that she “could” keep repeating them.

More recently, I took over an intermediate yoga class from a retiring teacher. She told me that the students were bored, so she had started teaching a more flowing style of yoga, introducing new postures frequently. I had just moved to Oregon, and naturally I wanted to attract new students. I could have been tempted to break away from the Ananda style and give the students what they thought they wanted, but having studied and taught Ananda Yoga for as long as I have, I really had no interest in teaching other styles.

When I walked into the class, I began teaching the basic postures. Why?

Even after years of teaching, I can’t say I’ve come close to mastering any of the asanas. After all, the purpose of asana is to go deeper and deeper until we merge with our true nature. If that’s not happened yet, then there’s room for improvement. That’s why I never lose interest in doing the same postures over and over. Besides, just because I’m familiar and comfortable with the postures, that doesn’t mean that the students are. So if students were showing signs of boredom, perhaps it was because they had lost touch with the meaning of yoga. I decided to help them get in touch with that meaning.

In my years of leading sadhanas at The Expanding Light, I usually used the same series of postures, which I had determined were safe and comfortable for most guests. Even guests who came often did not complain about this. They knew that the peace and joy that occurs when they touch their inner selves was the result of going deeper into the postures. When the teacher constantly changes the asanas, students’ egos may be entertained, but it can actually distract them from going inward.

In my experience, it takes students several weeks with a posture before they can go into and out of it with relative ease. At this point, they’ll have a certain level of comfort with the process, and they’ll start to relax into the postures. This is when the most profound changes begin to occur, which you’ll recognize in their beaming faces as they leave class, and which will assist them in their everyday lives.

There are many outward ways to approach Hatha Yoga. Besides a desire for endless variation in postures, students can get caught up in flashy clothes, sticky yoga mats, and flexible bodies. And then there’s achievement.

Overachievers almost seem out to do themselves harm. No matter how far they can stretch in a posture, it isn’t far enough. But in his Yoga Sutras, Patanjali didn’t even mention stretching. He defined posture merely as “a steady, comfortable position.” (Of course, he was talking about meditation posture, but I think it’s fair to apply it to asanas was well.) The goal of a yoga class is not to entertain students with flashy new postures, or to give the encouragement to “push harder.” Postures should be relaxed and open—and in the end, they should heal.

Paramhansa Yogananda said that after so many years, so many lifetimes, of being attached to outward form, we begin to feel the redundancy of it all. Life becomes an “anguishing monotony,” as he put it. Truly there is nothing “out there” that will bring us happiness, unless happiness comes from within ourselves in the first place. So naturally students will become bored, unless we can help them find real depth in the asanas that we offer.

When I worked at The Expanding Light I saw the profound changes that yoga brought into people’s lives. Within the space of three days, people would come away with a new sense of inner freedom, a connection with their true nature. They would simply shine. That’s how a yoga class should be.

Well, my intermediate class went very nicely after all. One of the students had told me that she needed to leave early, so I tapped her at the appointed time during savasana. She shook her head and whispered, “I just can’t go!” Another said he loved it so much he planned to take both Monday night classes, back to back.

Next week I will try to guide them even deeper into those same postures.

People everywhere desperately need a way to slow down and relax, and to go inside and finally see who they really are. Helping them through Ananda Yoga is a great service to the world, and I bless you in this.

This entry was posted in Yoga Teacher Training and tagged Especially for Yoga Teachers. Bookmark the permalink. 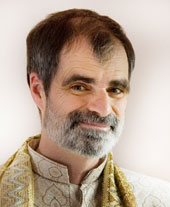