Posted on April 6, 2014 by Nayaswami Gyandev

I recently visited India—a country that can give the Western mind a firm shaking.

One thing that shakes many visitors is the chaotic traffic. Drivers might do anything at any time: pull in front of you without looking, drive the wrong way on a crowded one-way street, run stoplights, turn or change lanes (as if there were lanes!) without signaling. An American friend told me—as he aggressively cut almost perpendicularly across five lanes of bumper-to-bumper rush-hour traffic—that if you drive courteously, you’ll likely cause an accident.

Yet within that chaos, there’s a common understanding: driving is a cooperative venture. For example, an oncoming car might pull into your lane in order to pass another vehicle, expecting you to move over—even onto the shoulder—to accommodate him. And you will (if you want to live). No dirty looks or hostile honking of horns; you can do it, so you do. And others will (probably) do the same for you. Everyone is part of a greater—if scary—flow.

Contrast that with the USA, where there’s “my lane” and “your lane.” Indian traffic is like a symphony orchestra, whereas American traffic is a bunch of soloists insisting on their rights. As one Indian told me, “India has the highest rate of traffic fatalities in the world, but for me, the scariest place to drive is the States.”

It’s like human relationships: When we insist on defending our turf, being right, getting the credit, we’re in the American traffic model. Even if we prevail, often our heart tells us that, spiritually, we didn’t succeed: We’ve reinforced our ego and now feel smaller, contracted, when we could have expanded ourselves to include others’ realities.

So next time I’m tempted by “mine,” I hope I’ll recall the Indian traffic model: Rather than assert myself, it might be more expansive—and more gracious—to move aside and give space to someone else.

Think of the harmony if we all did that more often!

This entry was posted in Spiritual Travel and tagged Kerala. Bookmark the permalink. 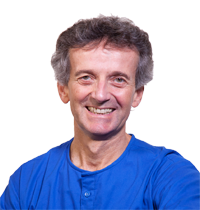