Home > The Expanding Light Blog > Meditation > No Need for Wax

No Need for Wax

A short story about learning to meditate

I was eleven years old, and my brother Jonah was thirteen when our family started attending Sunday Services at a meditation chapel based on the teachings of Paramhansa Yogananda. Though we didn’t know much about the spiritual path at the time, we were both very intrigued by it.

Jonah had been studying the lessons of the great yoga master, Paramhansa Yogananda, along with my father for some time. Whenever our family would sit to meditate at the chapel services, my brother would practice a technique he had learned from the readings, but when I tried to concentrate, my mind always took me elsewhere.  I shared this experience with my brother, and he told me that he could teach me the technique he had been using; it would help me to focus my thoughts.

One evening I went to see what my brother was up to in his bedroom. He was sitting on the floor reading some books by Yogananda. We got to talking about meditation and decided we should try one together.

Jonah found a candle stick, lit it, and placed it on the floor in front of me. Then he reached up to pull the chain that turned out the light in his room. All of a sudden the room became dark except for the yellow-orange candle light that was lighting up our cross-legged figures.

Sitting on opposite sides of the candle, we looked at each other and smiled at our newly candlelit faces.

Next he told me to concentrate at the point between the eyebrows. “Whenever your mind wanders,” he said, “it’s because your gaze has wandered.” I closed my eyes and looked slightly upwards, but could not feel any point to focus on.

“Where should I be gazing? “I asked. “I can’t feel anything. Maybe if I had a little sticker or something on my forehead it would help.”

Sure, I thought. I was mostly curious how my brother was going to react when dipping his finger into the small pool of hot wax that had formed beneath the candle flame. But he asked me to close my eyes, so I did.

I gazed into the darkness and waited. A few moments later Jonah’s finger touched my forehead. His finger wasn’t hot, but warm. I imagined the wax beginning to harden against my forehead. Then he released his finger. The wax provided a clear physical point to focus on.

I focused on the center of that point, and took several deep breaths. It felt wonderful to gaze upwards. A sense of inner joy filled my body as I breathed.

After some time passed, I felt relaxed, rejuvenated, and grateful for this first successful meditation.

Once I was satisfied with the experience I opened my eyes to find Jonah smiling at me.

“Great! I was really able to concentrate because of the wax!”

I reached up to take the wax off of my forehead, but to my surprise there wasn’t any wax there at all!

What!? How is that possible, I thought?

I looked at Jonah and his smile grew bigger. I understood his lesson for me that night.  I didn’t need wax to concentrate, just a little effort.

This entry was posted in Meditation and tagged learning to meditate. Bookmark the permalink. 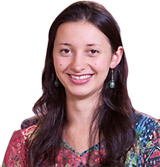